Anna Kaluza studied jazz saxophone in Cologne with Frank Gratkowski, in Vienna with Klaus Dickbauer and in London with Jean Toussaint. As a student she joined Big Bands as the Freiburger Schüler Jazzorchester and the Landesjazzorchester Berlin. She was a member of Simon Rummel’s Fantasmofonika, which was awarded the jazz art prize NRW in 2004. With the German Band Futür she released the album “Kein Schnee” in 2007 (Jazzhausmusik).

She played festivals in Essen, Idstein, Leipzig, London, Hamburg, Köln, Düsseldorf, Saarbrücken, St. Johann, Sibiu, Palermo, Heiligenkreuz… From 2008 to 09, she lived in London, pursued a Master’s degree at City University/Guildhall School of Music and Drama (funded by the German Academic Exchange Service). During this year she became a member of theLondon Improvisers Orchestra (L.I.O.) and the group Splatter and played with musicians from the not applicable network and label.

Since returning to live in Berlin she has been establishing the Berlin Improvisers Orchestra (which includes musicians from the L.I.O.) and regularly plays with international guest musicians. She is a member of the Hanam Quintet (with Alison Blunt /vl, Niko Meinhold /p, Manuel Miethe /ss, Horst Nonnenmacher /b // 2 CDs released by AUT records), the Kaluza Quartett (with Christof Thewes /trb, Jan Roder /b and Kay Lübke /dr), the Frankfurt-based trio Baustelle No 5 (with Julian Keßler and Johannes Held), the Heisenberg Quintet (with Niko Meinhold /p, Hannes Buder /guit, Stephan Bleier /b, Rui Faustino /dr) and Ruth Schepers‘ little Big Band Rusira Mixtett. In 2013 she released the album Tone Hunting(cleanfeed records) with Artur Majewski (trp), Kuba Suchar (dr) and Rafal Mazur (b). 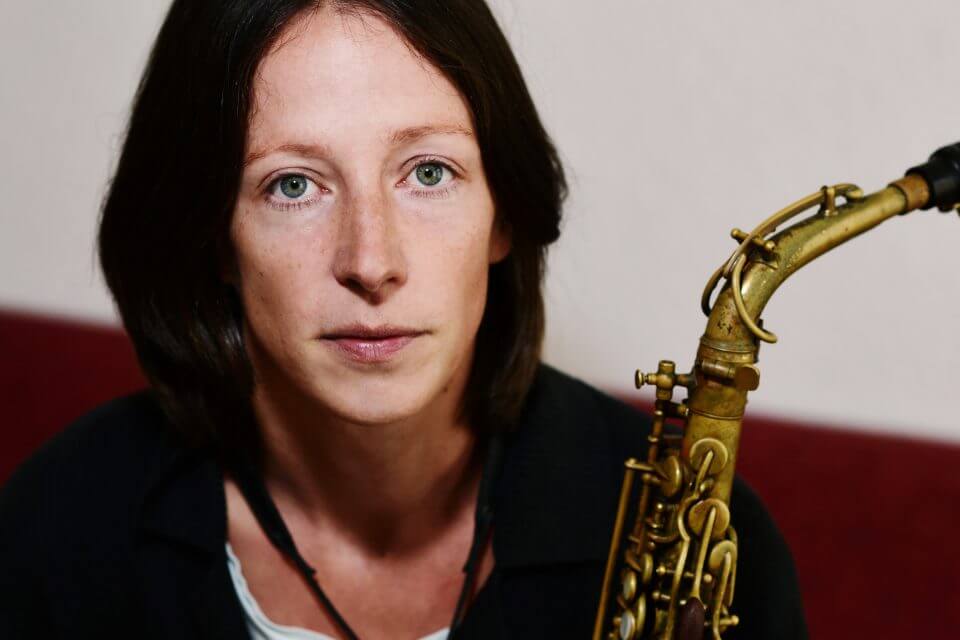