Dancer, Choreographer, Director.  Born in Aichi Prefecture of Japan, 1952. Began drama ’72. Belonged to drama company “Ishin-ha” ’78-’89. Became independent ’89. Thereafter, as a solo performer with numerous performances inside and outside of Japan. After receiving a highest praise from a poet, late Mr. Allen Ginsburg in N.Y. City, Mushimaru gave himself a name as the “Natural Physical Poet”, and has produced, with the unique style, pieces of dance work. Awarded the “Most Excellent Improvised Dance ” the prize of Tobita Drama Award ’97.

Born in Hakodate (Hokkaido, JAPAN) in 1962, Ayako Ogawa started playing the piano from 1968. She has been involved in theater since 1970. Experiences in piano and drama are the basis for her improvised music. Originally, she is an expert in early childhood education. Her talent in improvisation has been developed through encounters with musicians or artists. Graduated from Hakodate childcare academy in 1982, Ayako started her career as a nursery teacher. In 2002, after working at a nursery school for 20 years, she established and run a small day-care center for children, called “Kobito no Mori” (it means dwarf’s forest) to realize her ideal education for infants. In the day-care center, children and she had been interacted with nature (flowers, grass, insects, frogs, fishes and so on), played with water, played in sand or snow, did cooking, painted pictures, made original picture books, took part in dramas, did improvising with folk instrument, and ate slow food lunch together. In 2008, she got a chance to work as a teacher for students with special needs in an elementary school. Since 2011, she has been working at children’s center of Hakodate city as an adviser for children from babies to teenagers and their mothers. Meeting with Deku [her partner] in 1998 became her starting point as a musician. He was a jazz bassist, who studied contrabass with Masahiko Togashi. He is not only a musician but also an artist. Influenced by him, Ayako wrote songs, organized poetry readings, and published original picture books while working as a teacher. When she was young, she made red Japanese paper stage for young Butoh dancer, Atsushi Takenouchi. In August 2014, Ayako planned, organized workshop of Pioneering drummer, Yoshisaburo Toyozumi of Japanese free jazz, and joined as piano, voice, poet. At that time, Sabu discovered her talent, and recommend to play at abroad. 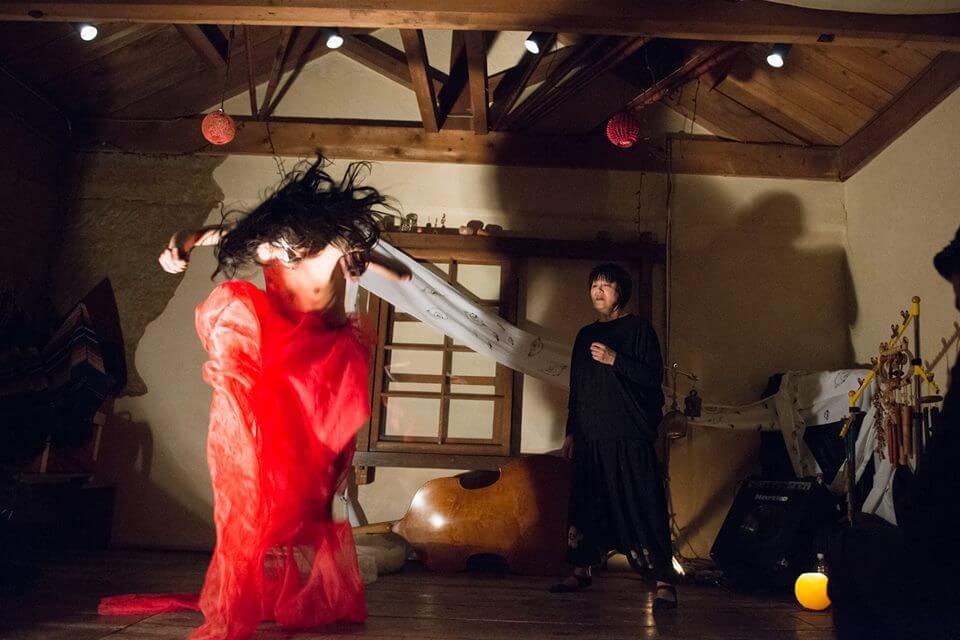 Composer and saxophone player from Wroclaw, Poland. She is a regular to the jazz scene in her hometown as well as London, where she participated in projects such as London Improvisers Orchestra, Skronk and Exploratorio. Matylda leads acid-funk-jazz project Triology in Wroclaw as well as post-punk free-jazz band SIOOS in London. After cyclic performances during the esteemed Jazztopad Festival in her native city, she was featured twice in the music portal All About Jazz. Establishing her career with the band Kolega Doriana, the group released an album in 2015 to positive reviews from The Free Jazz Collective as well as Redbull Tour de Polonia.

Maciej Piątek is a Polish video artist based in the UK. Over the years he has been involved in many projects, working mainly on his own experimental video works but also collaborating with various local and international musicians, exploring closely improvised and electronic scene. He has recently received significant recognition of its work with the international video poetry network. His films has been screened & exhibited both nationally and internationally in places such as: ICA in London, Arnolfini in Bristol and Art Gallery of SESI-SP, Sao Paulo. Since 2013 Maciek aka Vj Pietrushka has been cooperating with a Polish improv group Shepherds of Cats. This informal relation has become the driving force behind his latest short films and visuals.

Shepherds of Cats is a quartet formed in early 2014. Having instant and strong understanding, they explore the outer limits of good taste and push the limits of what should be considered as acceptable. Their attention to detail is impeccable and have created a deep trust to support each other in the most obscure and ridiculous tangents. Using improvisation as their working method, they create sonic stories and worlds, drenched in incredulity at their own existence. As their compositions are created live, they may suspend time along with other senses including good taste. They hunt and gather sounds only to re-appropriate them in sometimes inappropriate manners. However, they are well mannered and have shame but no ego. Shepherds of Cats colaborate closely with visual magician Vj Pietrushka who experiments live with moving images to create abstract spaces filled with the sonic presence of the band and vibrant curiosity of the audience.