Kazuhisa Uchihashi was born in Osaka, Japan in 1959. Plays guitar since his twelfth years, mainly “Pop’n Roll” thoroughout his teens. Later he became involved in jazz.

Since 1983 he has devoted himself intensively to free improvised music. He experimented thouroughly with many different kinds of machines and sound-devices to expand the expression possibilities of the electric guitar.

He also composed music for films, theatre plays, dance. Among them, he has been working with Japanese Thertre group “ISHINHA” for more than 25 years.

He has been conducting his rock-oriented powerful improvised band “Altered States” for 19 years and continues to create his own new guitar music in solo as well as in “Altered States”. He is also known by playing with Otomo Yoshihide’s GROUND ZERO for long years .

Since 1995 he has been starting to direct “New Music Action Workshop” for young Improviser in KOBE every month, and now he is going to keep it in Tokyo and other area.

Since 1996 he has also been organizing the New Music festival “BEYOND INNOCENCE” in Osaka every year untill 2007. He organized NPO Beyond Innocence in Osaka in 2001 to produce new music .

He is also known by daxophone player . 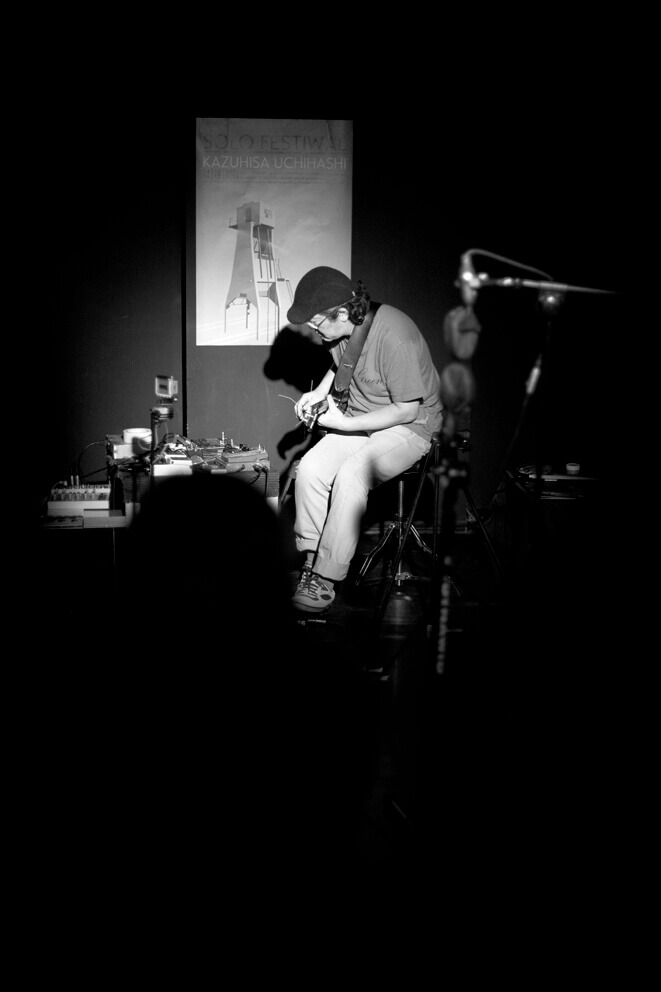